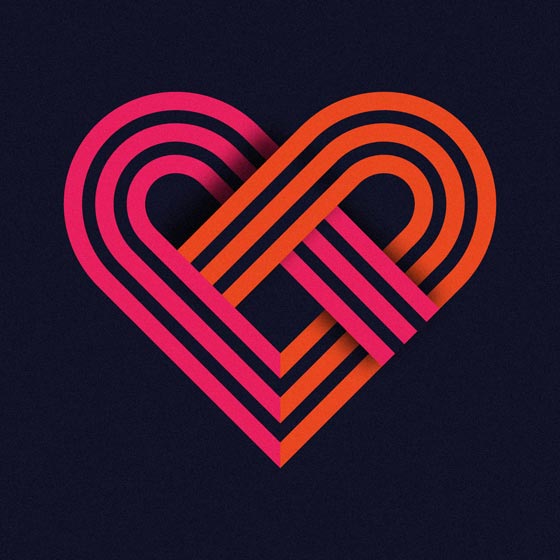 A couple of years ago I remembered a story I’d heard about the Gorbals in Glasgow. In the church of Blessed St John Duns Scotus there is said to be some of the remains of St Valentine. As the Gorbals was always a slightly mythical place for me I became fascinated with the idea that in the heart of Glasgow such a strong symbol of love endured.

The Gorbals had only been a place I’d read about until I moved west from Dundee. Even when I lived here first, the old tenements of that part of town had been pulled down and sixties high-rise flats had replaced them. No one seemed to love the flats and everyone I spoke to agreed that the demolition of the old area had been unnecessary as the housing stock could have been refurbished and the community kept in place. Instead people were scattered across Glasgow and beyond and one of the strongest, tight-knit neighbourhoods of the city was destroyed. In case it sounds like I’m romanticising poverty, I witnessed all of this at first hand when my wife’s aunts returned from Ireland and America and always headed back to the old community they’d first joined in Scotland. They talked about Crown Street and Cumberland Street as the centre of their world in the early sixties. A place of refuge, family and welcome to which they always returned on any visit.

As the idea nagged away at me I wanted to bring these two threads together. I wanted to celebrate the symbolic heart of a city which has been my true home for thirty-five plus years with the hope of those overheard childhood hymns. I wanted to celebrate the possibility of mercy, love and kindness being not just dreams of paradise, but ideals we need to believe in if we want our world to be a better place for everyone. In short, we imagine the future to be the best of what our imaginations can contain. In turn our hope is not in the consolation of life after death but in the true expectation of life before it.

So, the City of Love became an idea about finding a place of hope; a city we somehow knew but which hadn’t yet been realised; a dream which had been cruelly disturbed and one which we couldn’t quite remember but still remained in our heart as a place of true happiness. The City of Love was on that far shore. Rooted in this dark, soot-drenched jumble of houses where light had to fight to break-in to the back courts was a heart of love which, despite all the efforts to diminish or remove it, continued to beat.

For this reason and also because we loved the studio there, we wanted to make our record in The Gorbals, in the heart of the City of Love. We wanted to make a record which was honest, raw and sounded like the band we have become. I felt we’d come to a point where we needed to make the record that was in our hearts, not one which carried any hope of being in the charts.

With Deacon Blue I think we all take every event: record, tour, TV, radio show or film as an unexpected bonus to the life we once lived. Simply put: everyone in the band is delighted to be making a record which, in the course of recording we always tell ourselves might be the last album we’ll ever produce. Happily, we now know that is not true.

‘City of Love’ came out in a year no one will ever forget. That it came out, we are grateful and very thankful to all of you who confounded our expectations and gave us our best chart position in twenty-six years. We are finally beginning to believe everyone is going to get to hear these songs later this year. On behalf of us all, thank you.