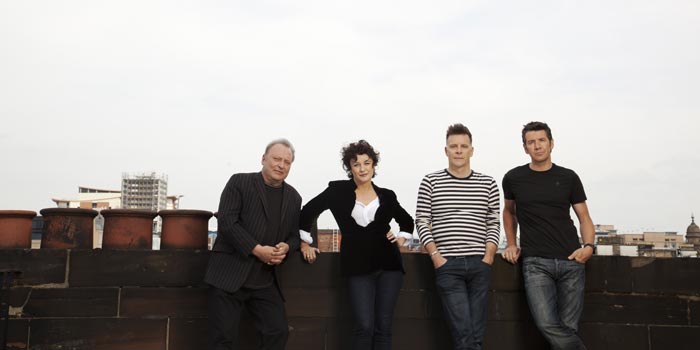 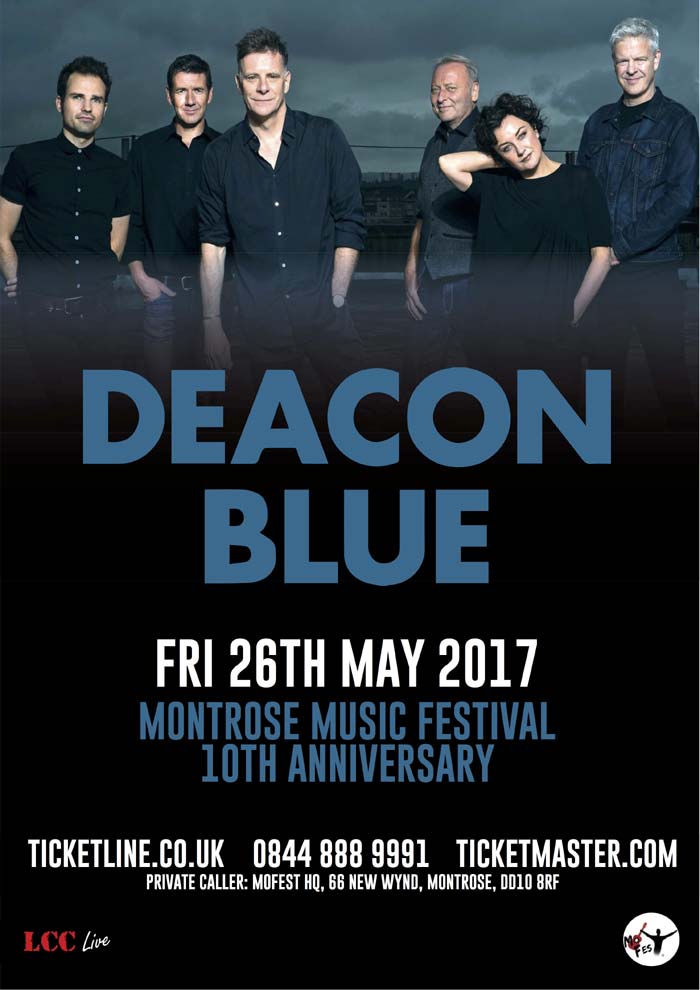 We’re kicking off festival season 2017 in style at MoFest Stage who are celebrating their tenth anniversary! 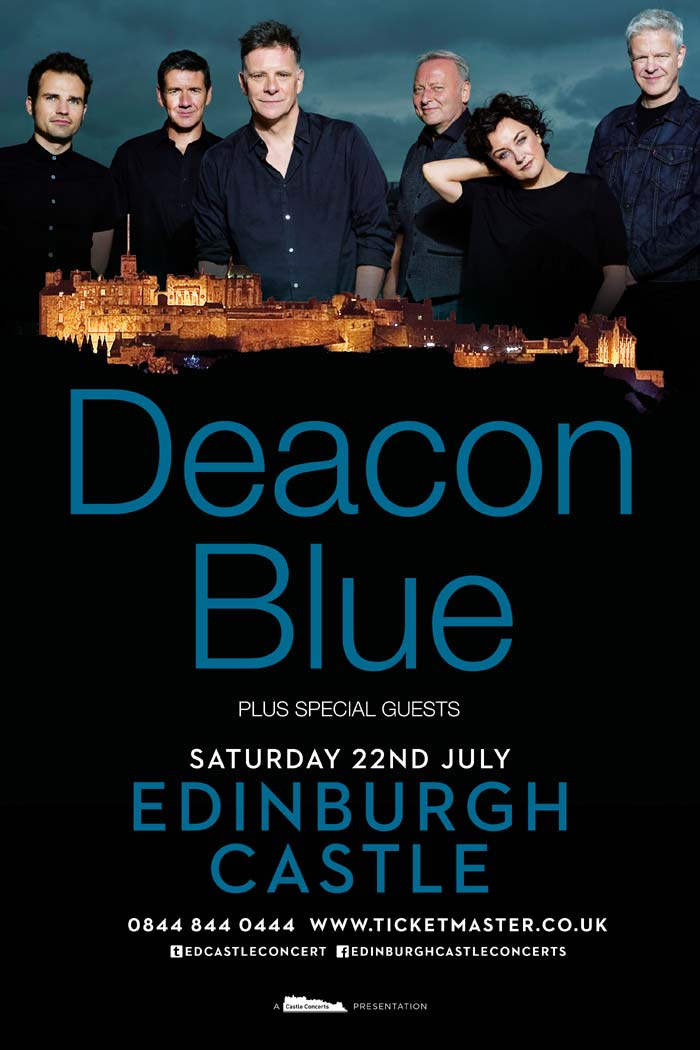 We’ve wanted to play Edinburgh Castle for many years, so to get to do it as we celebrate the 30th anniversary of the release of Raintown couldn’t be better. It’s a big year for the band and for our fans, many of whom have been with us since day one, what better way to celebrate together than having a great big party on the Castle Rock? Ricky x

Tickets are NOT available from Edinburgh Castle Box Office. 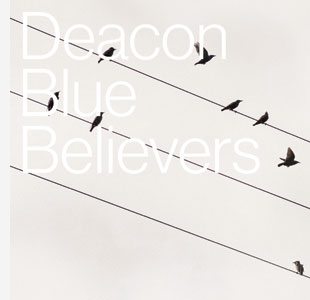 It’s time to introduce you to our new album. All that effort, joy and love and now it’s up to you! I hope you like it. We are incredibly proud of it and incredibly proud that 28 years after the release of our first album we are still here making music we and some of you love.

Very excited and a wee bit nervous. Thank you for your support old fans and new. It means the world to us. See you on the road very soon! Love, Lorraine x

Here’s eleven songs to take you on the next part of the journey. Old songs are old friends; we hope you can find it in your hearts to let these new ones into your life.
Love Ricky x

Making this album was a real joy for me. The songs, arrangements and recordings all seem to have such a positive spirit when I listen back to them. I really hope you grow to love this record as much as I do. Thanks for sticking around, Dougie x

To all the worthies out there, I hope you feel some of the power that went into this record and fall in love as I have. Enjoy the moments. Jim x

I vividly remember finishing the demo for “The Believers” and realising that Ricky was on to something special. That was just the beginning. I hope you love this record as much we loved making it.
Gregor xx

It’s been a real joy to play a part in making the last three Deacon Blue records. I believe this one is the best of the three. There are many special moments on there that I can’t wait for listeners to discover them. Lewis x 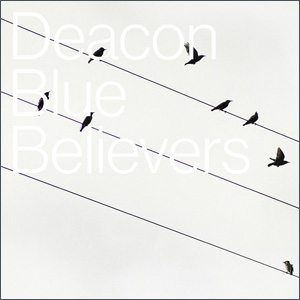 We are delighted to announce that Deacon Blue’s new album will be released on Friday 30th September 2016. From Ricky, “The song which starts off the whole thing is ‘The Believers’. It seems inevitable really that one day we would have a record called Believers and it’s our statement to the fact that belief in the possibilities of hope and a better tomorrow is the side we choose to come down on”.

Available on CD, download, 12″ and a very special edition which includes:

Including exclusive download, unreleased track, You Don’t Understand, recorded live in 1989, and mastered for this release.

The tracks relating to the album range from Ricky’s very early Dictaphone recordings, through to the full demo versions used for reference in the recording sessions.

All giving fans a unique insight into the making of ‘Believers’.

My show starts on May 4th. I’ll mainly play records I love because that’s what comes naturally, but as a lover of roots music I’ll try to follow a journey each week showing the places today’s songs came from. We’ll follow our ears and trace the influences back to the source, playing you plenty of new things along the way. We know where we’re going to start on any given week but we’ll not be sure where we’ll end up.

I’ll be live from the BBC in Glasgow on Wednesday nights at 10.00pm, so I’m looking for you, the listener, to join me on my excursions. Rx

Deacon Blue make their return to the live stage in 2016 with some of the biggest shows of their continued resurgence, including two shows in Glasgow, a date at London’s Royal Festival Hall, as well as arenas in Liverpool and Aberdeen. 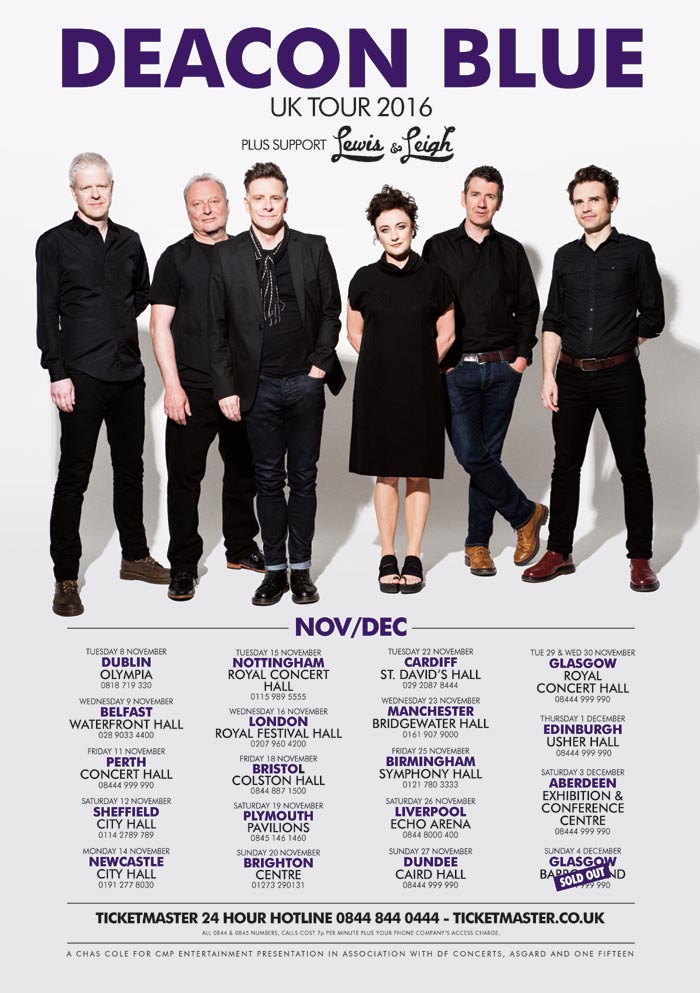 Deacon Blue will be performing at Aintree Racecourse after the evening racing on Friday 13th May 2016. Tickets are available to buy here. 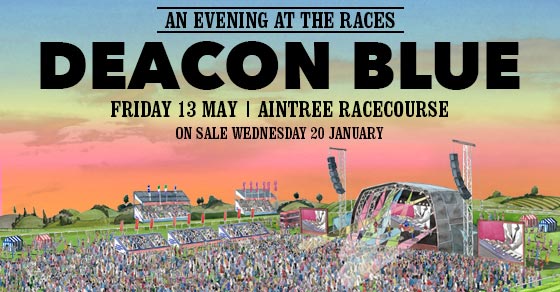