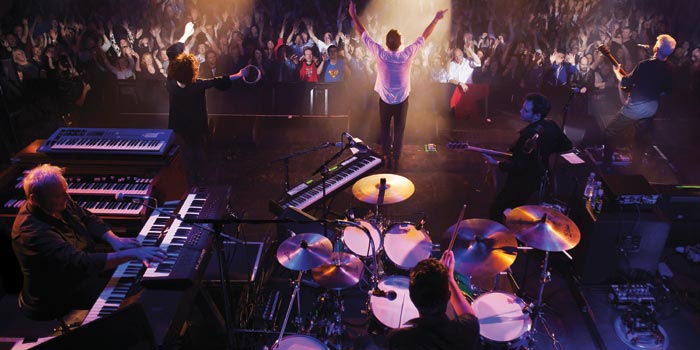 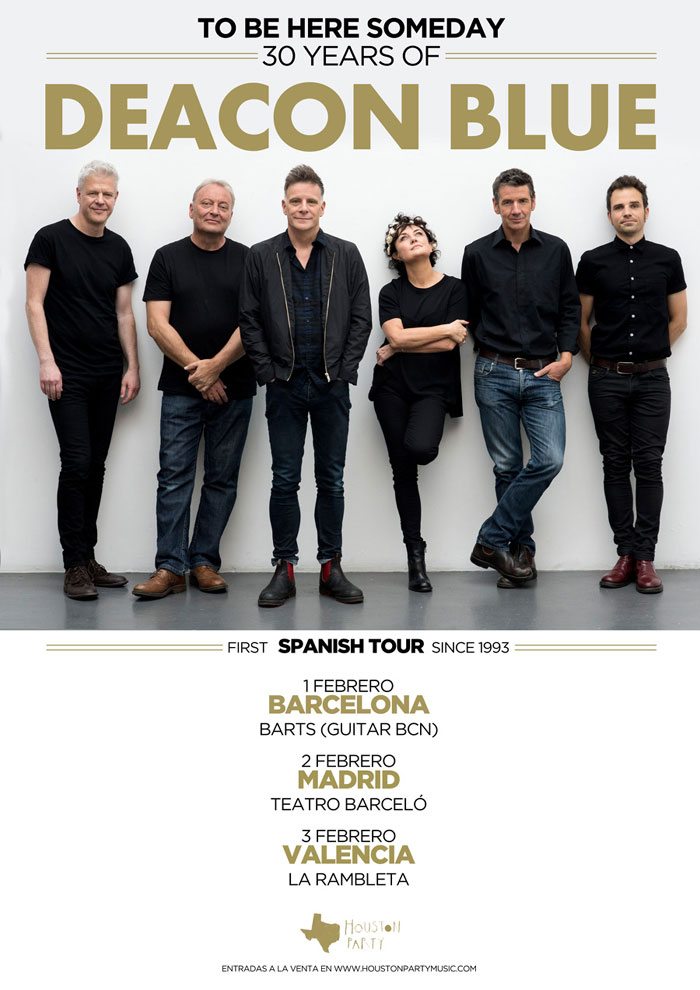 This has been a long time coming; we were last in Spain as a band in 1993, so we are very happy to announce these three shows in February 2018.

We can’t wait to see our friends and fans out there; these shows will be very special. The people of Spain have always held us close and I’m so happy to be able to get back there. Hopefully we won’t leave it so long next time. R x

Deacon Blue are delighted to announce their 2018 Tour, To Be Here Someday, a celebration of 30 years of Deacon Blue.

The last five years of Deacon Blue have seen a creative surge, and the band’s renaissance, with three new albums released in quick succession, 2016’s studio album Believers became their highest charting album in 23 years. To Be Here Someday is a tour that celebrates the band’s entire career, and will see them play some of their biggest ever shows.

They return to London’s iconic Hammersmith Apollo for the first time in 10 years, and the tour includes three arena shows at Liverpool’s Echo Arena, the AECC Arena in Aberdeen and, with what is set to be an electrifying end to the tour, the SSE Hydro in the band’s home town of Glasgow.

Ricky Ross says: “This will be the first we have toured without a new album in over five years and the announcement happens to coincide with 30 years of Deacon Blue so we’re going to make the tour a celebration of 30 years of the band. It’s an opportunity for us to plays songs from Raintown all the way through to Believers”.

The tour’s title To Be Here Someday is a line from their iconic single Dignity and encapsulates the band’s hopes, their passion and joy in being able to share with their fans the biggest songs from throughout their career. As has become a feature of their live shows they will present a set list that will change night by night but will always be full of classic Deacon Blue. 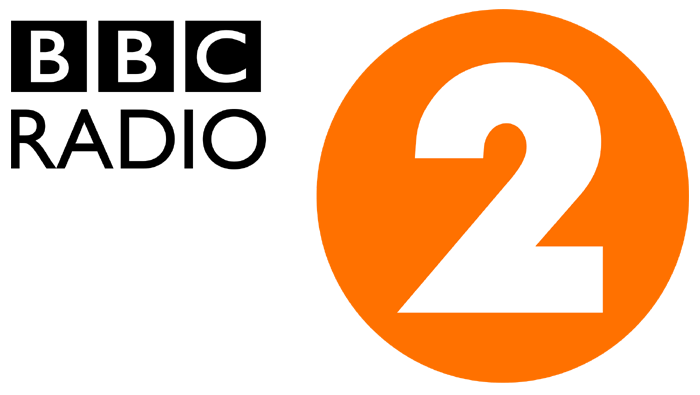 Ricky Ross’s New Tradition returns for another season on Radio 2 tonight, and every Monday night for the next four weeks. Broadcasting live from Glasgow, Ricky plays the new songs he loves and traces the common themes which have influenced song and music-making over the last 100 years. 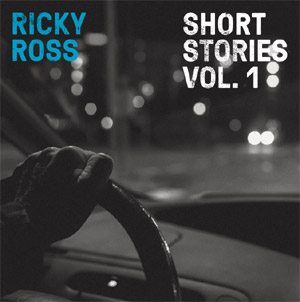 From Ricky: “I’m Supposed To Love You has, like many songs on this album, been floating around for some time, looking for a home. This is probably my favourite track from the collection that has become Short Stories Vol. 1 and I’m sharing it with you now to give you a taste of what’s to come from the rest of these homeless songs”. 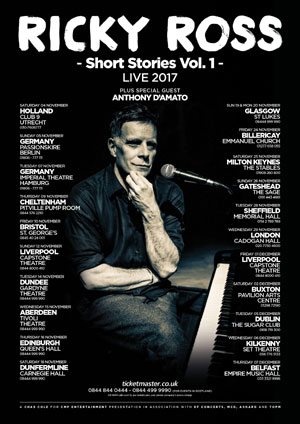 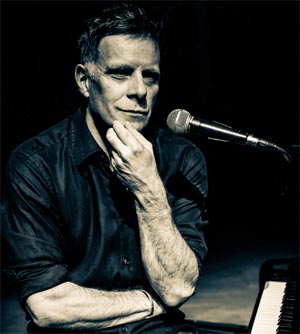 For ticket and album bundles click the link x 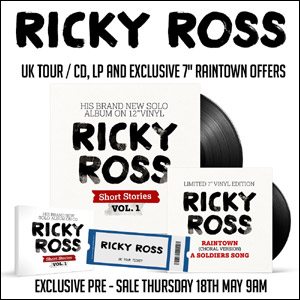 Ricky Ross is very happy to announce a new solo album and tour, Short Stories Vol. 1. The album will be released on CD and vinyl on September 15th 2017, followed by tour dates in November and December.

We are putting together a fan pre-sale with ticket and album bundles that starts on Thursday 18th May at 9.00am and will be live for 24 hours before the general sale on Friday. Link will be live here on Thursday morning.

This is the first time we have made tickets for the tour available to buy alongside the album and doing so unlocks an exclusive, limited edition, numbered 7″ vinyl containing a new recording of ‘Raintown’ recorded with a beautiful backing choir, along with a brand new track ‘A Soldiers Song’. Both recordings are only available on the limited 7″ vinyl edition.

The album was recorded over two days at Chameleon Studios in Hamburg and had its sumptuous strings and choir added back in Glasgow. It is comprised of brand new songs, some well-known Deacon Blue tracks, and new recording of tracks that have been very hard to find. 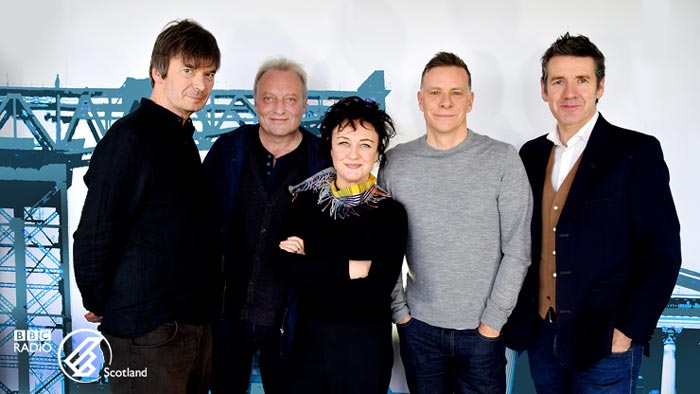 The 1st May 2017 marks the 30th anniversary of Deacon Blue’s debut album, Raintown. To celebrate, Ricky, Lorraine, Jim and Dougie sat down with Ian Rankin to tell the story of how the album was made. Author Ian Rankin remembers 1987 fondly – it was the year his well-loved creation Detective Inspector John Rebus first made his appearance in print. 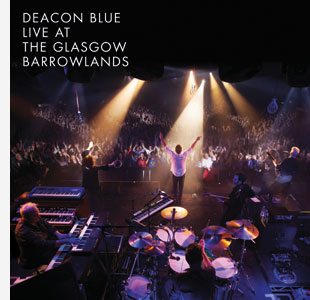 Deacon Blue are proud to announce the release of Live at The Glasgow Barrowlands on March 31st 2017 on Blu-ray, Limited Edition 2CD/DVD, Double Vinyl and digital on earMUSIC.

Last year saw the band release their most successful album in 23 years with Believers, and a fourth single from this record, I Will and I Won’t is being released to coincide. Live at The Glasgow Barrowlands was recorded on the last night of the Believers Tour at this iconic venue on the 4th December 2016. The show marked an emotional return to the venue where Deacon Blue had last played in 1994, and the performance captured here is one of their finest.

The recording features the band play their best loved songs from their million-selling classic debut album Raintown which this year celebrates its 30th anniversary, all the way to their acclaimed latest release, Believers.

Deacon Blue: Live at the Glasgow Barrowlands is available to pre-order now.